As many of you know, I am an avid listener of sermon podcasts. I have about 8 favorite ones that I listen to daily or weekly depending on when they publish. A trend of what I hear often is the idea of “small groups”. Small groups are bible based study groups but more importantly in my mind is their ability to unite persons and help them feel as if they belong. Many relationships and close friendships started from small groups.

But so many of us turn away from the small group mentality. I was one of those of people. I enjoyed the large group setting… Sitting in the back… Quiet and non-existing. I formed no relationships. Later in life I suffered. In the struggles of my marriages, in my divorces, in life craziness …. I had no friends who were believers that I could turn to for help and Godly advice.

So in reading the story below I was encouraged.

The Israelites went in to war with the Amalekites and the battle for the win was all in the hands of Moses. In fact, they would only win if Moses’ hands remained in the air.

This is how we need to be with our fellow believers. Lifting them up constantly in prayer, intercession, encouragement and love.

Pastors especially need our help. Many sacrifice willingly and are so devoted to the faith and their communities even when there are so many detractors of the faith. 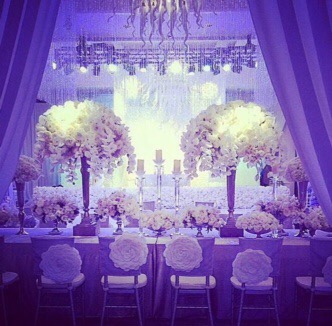 If only as believers we can focus this year on building a habit of helping lift up our fellow believers and not tear them down. To pray and intercede on their behalf. Join or start your own small group. Get involved. Love one another.

Food for thought: Many of you may have written your new year resolutions already but may I suggest adding another one: Going out of my way to lift up fellow believers.

Prayer: Abba Father, I pray for the world of believers Acts‬ ‭2:42, 44, 46-47‬ that we will devote ourselves ‭“to the apostlesʼ teaching and to fellowship, to the breaking of bread and to prayer. [That we as] …believers were together and had everything in common. [And that] every day [we] continued to meet together… [And to be like believers in Acts 2 who] broke bread in their homes and ate together with glad and sincere hearts, praising God and enjoying the favor of all the people. And the Lord added to their number daily those who were being saved.” In Jesus name. Amen

‭‭May God’s love, mercy and peace be with you.